In the environment signed by architects Flávia Clapp and Michelle Storry, the classic combines with the modern in a sophisticated way. Luxury furniture contrasts with other more rustic ones, such as those mined in antique shops, such as the jacaranda oval table and Luiz XV sofa, made with bronze studs and feet, which has been completely restored and has been lined with ultra-modern and high-end Fendi velvet fabric. performance. Chairs upholstered in jacquard velvet Givenchy style complement the space that is illuminated by an imposing imperial style crystal pendant and domes lined in exclusive print for the restaurant. Luiz XV chairs lined with 100% sustainable fabric produced with recycled yarns also complete the decor.On the external walls of the entrance and the bistro area, apparent demolition bricks give the rustic air, with sconces and beacons in steel and cement. In the bistro area, iron tables with white tile tops and wooden and iron stools, as well as benches in the shape of champagne corks, add a touch of French bistro to the atmosphere. 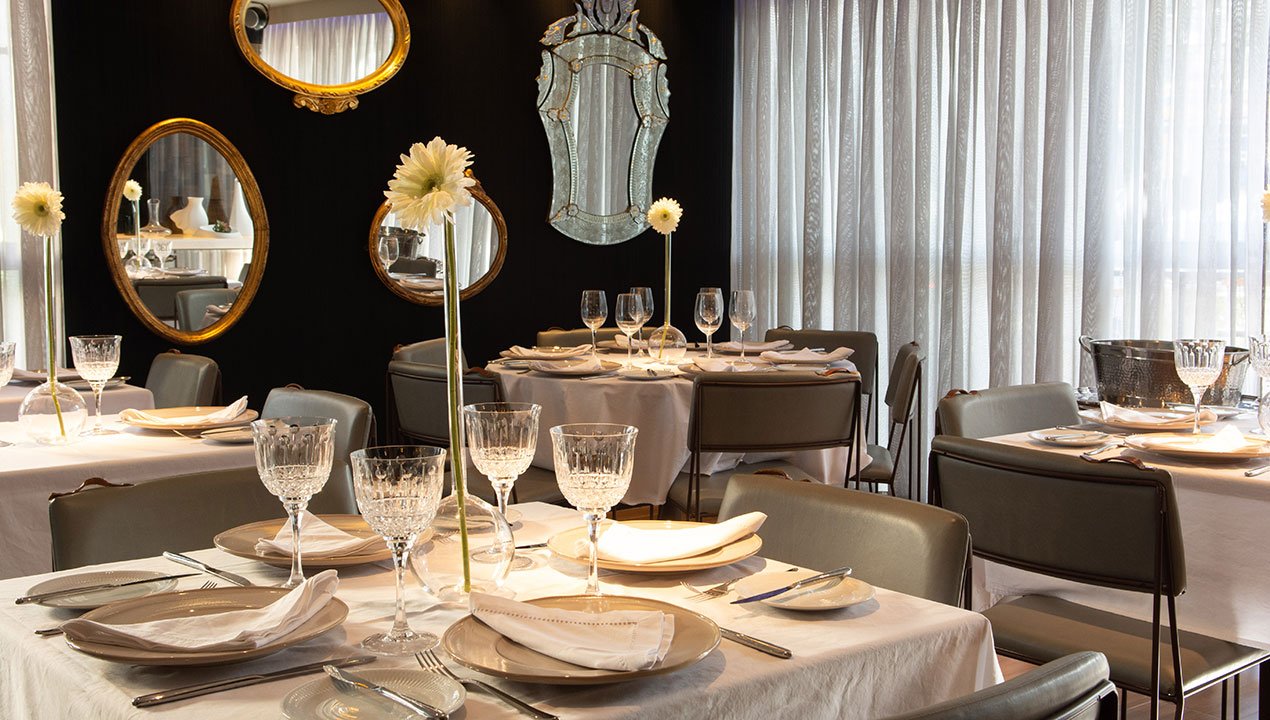 Opened in 1895, in France, as a Parisian culinary school, the Le Cordon Bleu brand has become the most respected international network of culinary arts and hospitality institutes, present in 20 countries worldwide. With 35 international schools attended by more than 20 thousand students annually, Le Cordon Bleu classes are taught by renowned chefs, with experience in Michelin-starred restaurants, with awards and important titles in their luggage. Chefs and head chefs transmit to students their knowledge of classic French cuisine and modern international culinary techniques, through theoretical content and practical classes. 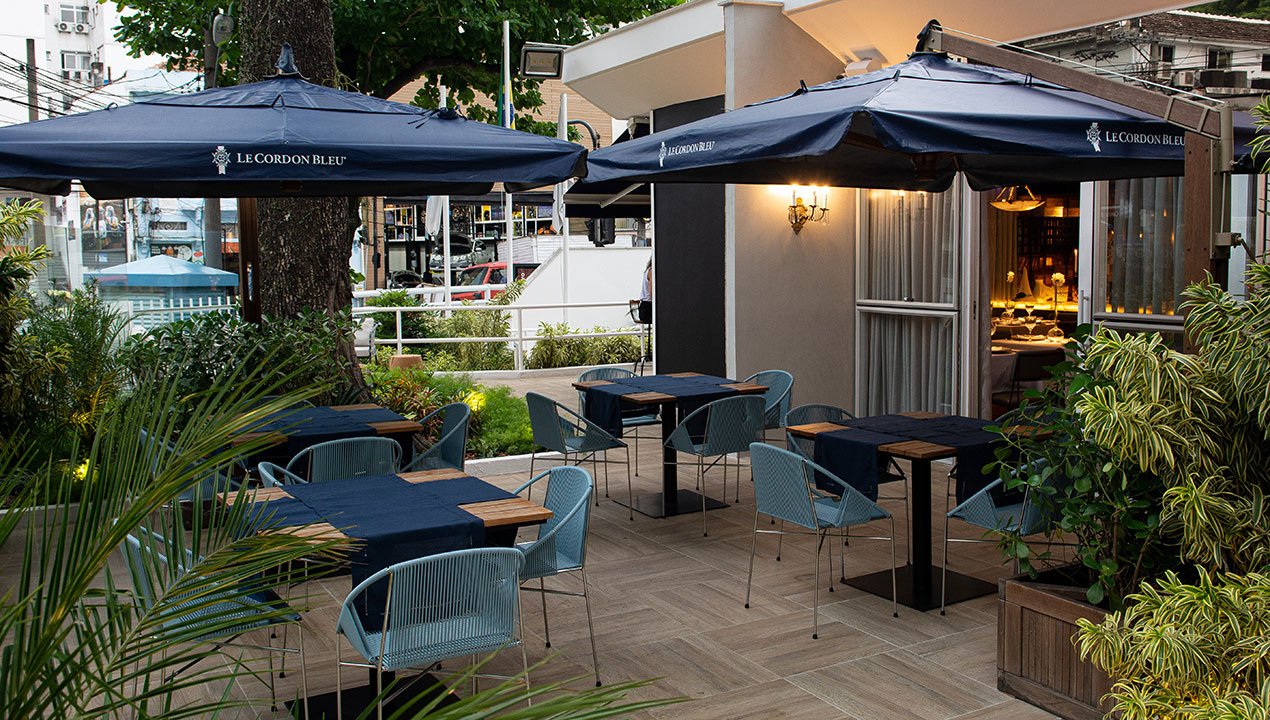 The menu is under the command of the institution's professors, such as pastry chef Philippe Brye, in addition to the signature of several students and alumni of the institution, since it is a premium restaurant-school. The order is to privilege fresh inputs from small producers, with an emphasis on organic.The ingredients and the mixture of flavors become unique dishes, such as the delicate grilled scallop escorted by cauliflower purée, crispy cabbage, rice chips and parsley oil, or balanced coconut rice served with cashew and shitake curry and even the fish carefully covered with thin slices of asparagus as if they were scales, served over a tasty bisque, pupunha and shrimp. Another highlight of the menu is the mignon made at 59 ° C in the sous vide that arrives at the table with two textures of polenta, sage and mini vegetables in the wine sauce.In the dessert wing, chocoholics can opt for the delicious Chocolate 10 Texturas served in a beautiful dish stamped with the école's logo in chocolate alongside macaron, tiles, sigh, ice cream, cake, syrup, earth, chips, ganache and whipped cream - all chocolate, of course. Another option is the very Brazilian Amazon, which takes cupuaçu cream, taperebá syrup, açaí sponge, crispy cashew nut tile, cocoa land and cumaru ice cream. 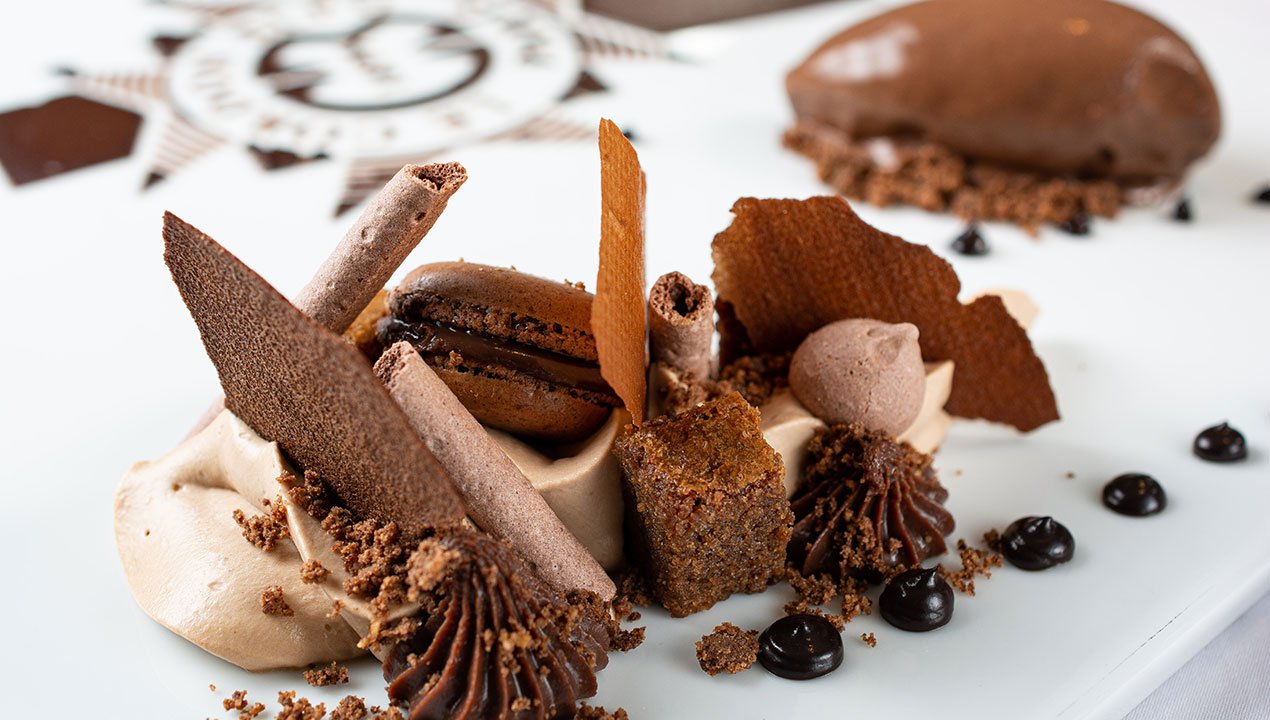 The restaurant is under the command of the institution's professors, such as pastry chef Philippe Brye.The menu, in addition to the signature of several school teachers, also includes the participation of students and alumni of the institution, since it is a premium restaurant-school.The order is to privilege the fresh inputs of small producers, giving emphasis to the organic ones.The restaurant has a presence in its team of student trainees from the school's courses who take the opportunity to have a professional experience in the restaurant. 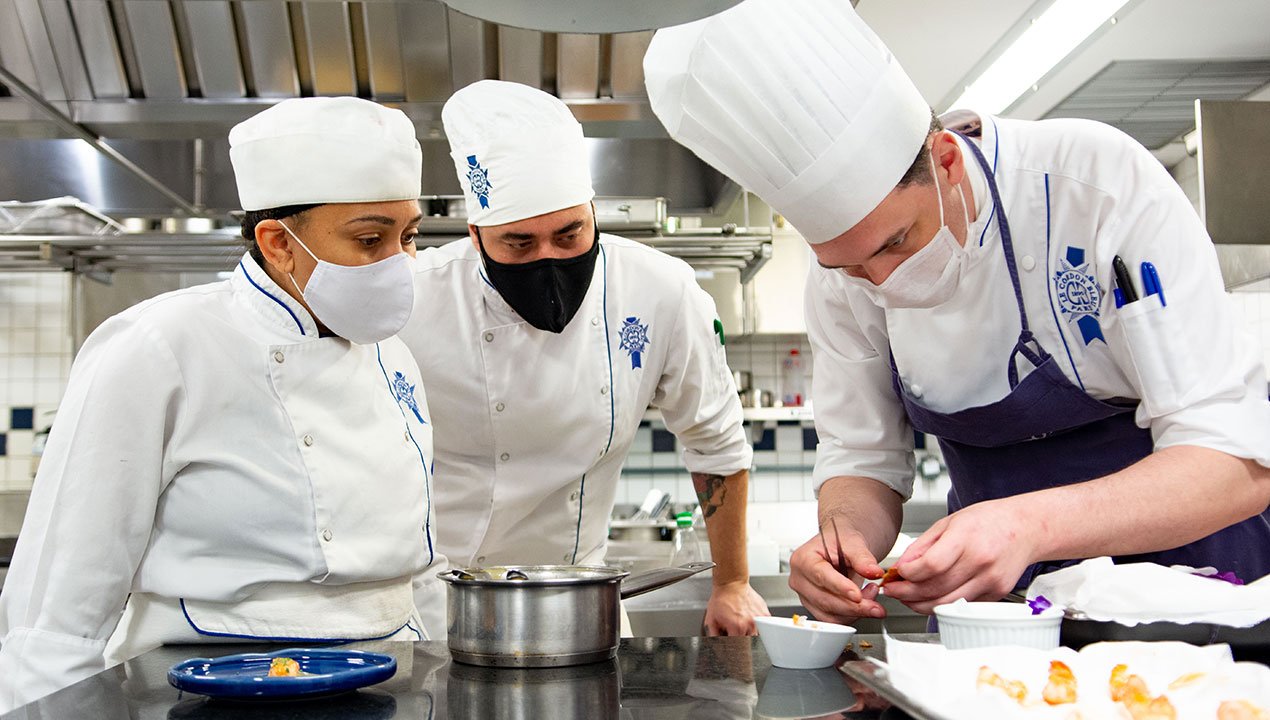